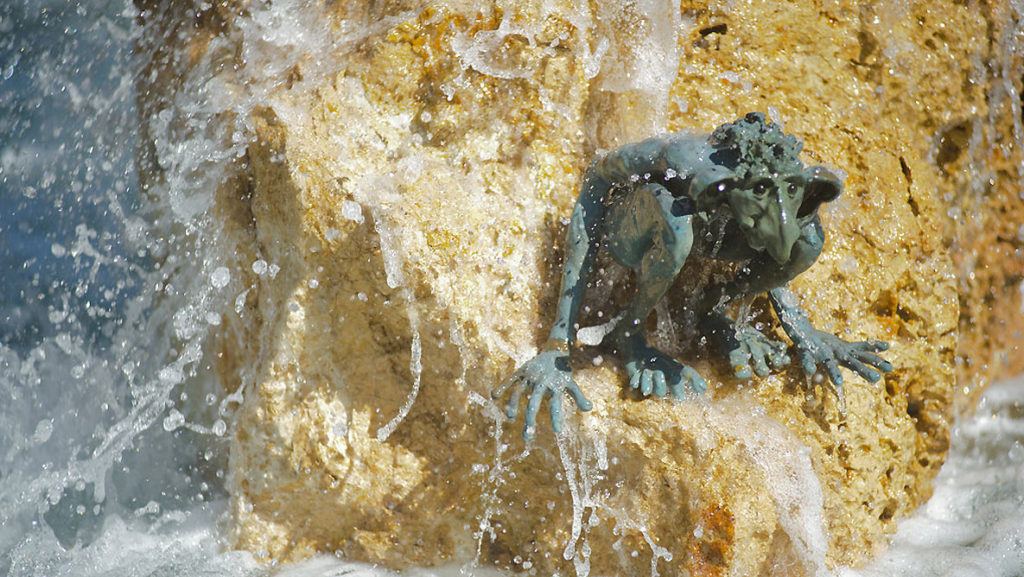 Pin it!
About Santa Eulària > Legends and traditions

Our elves are mischievous. Take care one doesn’t jump into your suitcase.

Impish, naughty, industrious, greedy eaters, edgy… Such are the traits that characterize the elves of Ibiza, a magical inheritance that arrived on our shores with the Catalan Conquest and are believed to derive from Roman culture.

The most popular of the island’s fantastical beings is the fameliar, represented as a bald, gnome-like little man with a big head and small extremities. His principal virtue lies in his extraordinary capacity for hard work, reputedly being able to perform the most arduous farming tasks in just a few hours. On the other hand, he could also be the ruin of the family due to his voracious appetite, which only came into play when he ran out of work. Whence arise the legends that speak of farmers who, to avoid being eaten out of house and home, give the fameliar jobs that are impossible to finish. Folklore holds that, in order to acquire one of these supernatural farmhands, you had to go sit under the old bridge of Santa Eulària des Riu on St. John’s night (23rd June). There, you had to wait until a flower grew. The flower was cut and put it into a black bottle where it transformed into a spirit. The trapped spirit had to stay in the bottle until the farmer needed its help.

If you want to find out more about this peculiar character, in the town of Santa Eulària des Riu, take a walk along the River Route, where explanatory panels act as an unusual guide to discovering the fameliar’s haunts. Another wily creature is the barruguet, a gremlin-like being with an alert mind whose main diversion consists in wreaking havoc around the house. Typical pranks include scattering ashes into the cooking pots, swinging from the well bucket and making children cry. The third magical being, which also features in popular French and Italian culture, is the follet, and invisible spirit with a restless soul, allegedly capable of transporting its owner from one place to another without being seen by others.