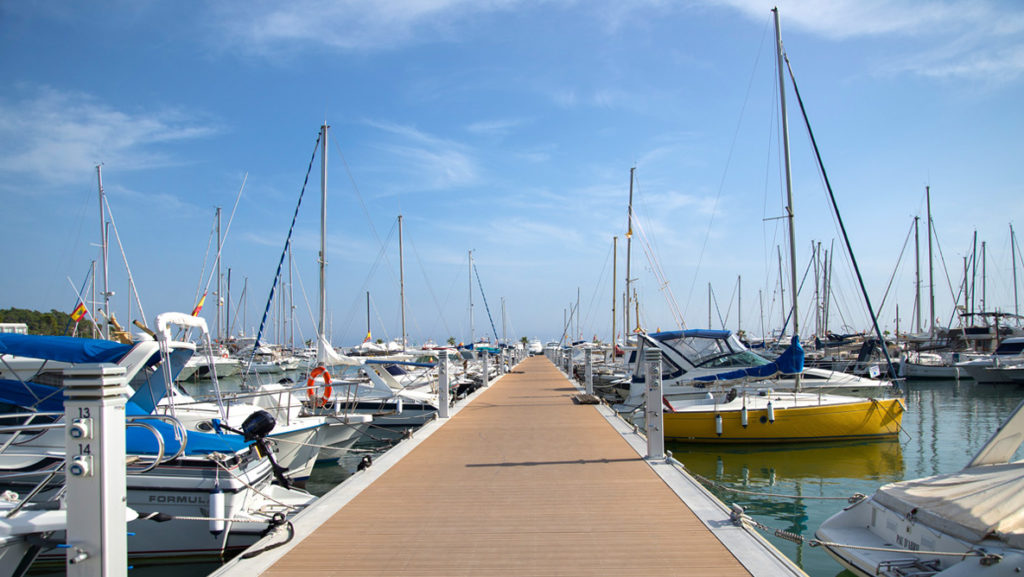 We have too many sunny days. That’s why we want to share some of them with you.

Santa Eulària des Riu is a municipality of the autonomous region of the Balearic Islands, Spain

The sun likes Ibiza. So much so that he shines on us for about 300 days a year. His rays blaze hot in summer, but they also glow warmly on the temperate mornings and afternoons of winter – ideal times for hiking and cycling. Island temperatures, including those in our municipality, fluctuate between averages of 30.6ºC in August and 11.3ºC in January, while sea temperatures range between 14 and 28 degrees centigrade over the course of the year. Hence, water sports – even diving – are still viable in the midst of winter.

It’s sea waters have warm temperatures and a salinity slightly above average.The salt obtained from the Ibiza Saltworks is considered one of the best from around the world due to its excellent quality. The most frequent swells during the year have their origin in the northeastern side.

Parishes of the municipality

Tagomago is an islet located in the northeastern side of the island, on the same latitude as Santa Eulària des Riu. It is classified as a strictly protected area due to its important oceanic ecosystem.
It is 1.525 m long and 113 m wide. The islet is rocky, with a port on the west side and a lighthouse on the southwestern side. This lighthouse was built in 1913 and it is a reference point in the nautical route from Ibiza to Palma de Mallorca and Barcelona. It is 86,3 m above the ocean level and 20,4 m high.
The island is private property.

FESTIVITIES CALENDER IN THE MUNICIPALITY