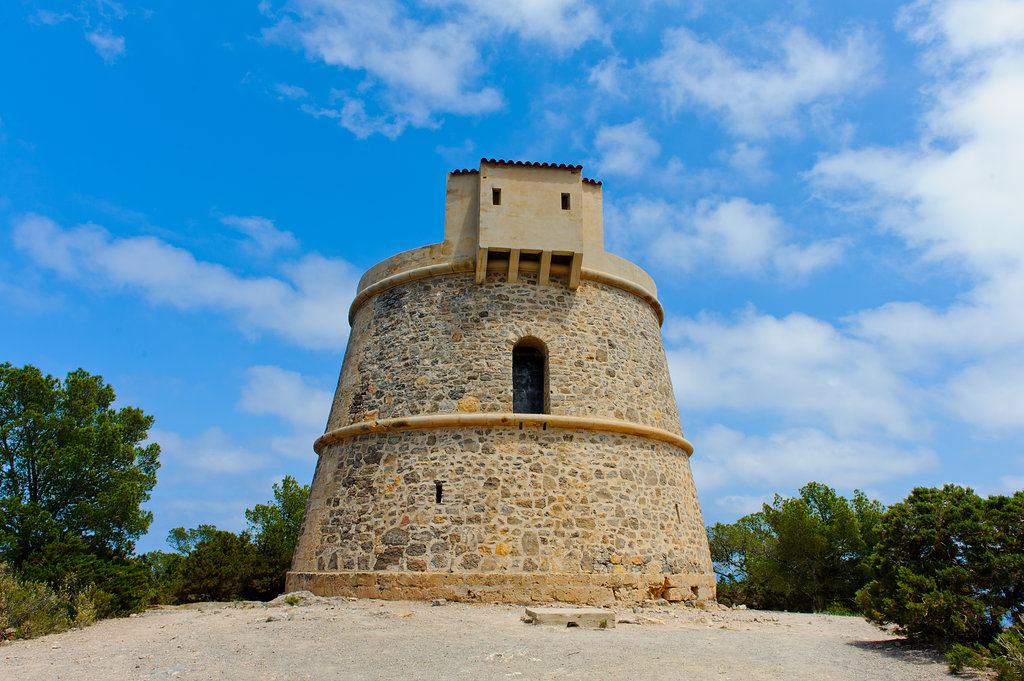 To get to the next stop on our tour, you go back to the cove at canal de Sant Martí, cross it and take the signposted road to Torre de Campanitx, also called Torre d’en Valls.

This tower was built in 1763 as part of a general defensive strategy to protect the island against raids by Turkish pirates. The initiative was implemented at a time when Ibiza had only four towers: two at Salinas, one adjoining the Sant Antoni church and one adjoining the Santa Eulàira church. The Campanitx tower was meant to guard the eastern stretch of coast on which it stands.

The tower’s present appearance is the fruit of later reconstructions, because, in 1846, it was blown to bits when its reserve of gunpowder – a quintal, equalling 100 kilos – accidentally exploded. The explosion was probably triggered by a lightning bolt that struck during a storm, although rumour always had it that the “accident” was a settling of scores between the local men and the tower-keepers, who were terrible petticoat chasers.

Because piracy was eradicated in Ibiza in 1830, by the mid-19th century, watchtowers had begun to lose their raison d’être. For this reason, the tower was not rebuilt until 1982, when it was restored using stone and lime mortar. The structure consists of two storeys, with the entrance door on the second floor so that access is gained by means of a ladder which can be withdrawn after entry. A spiral staircase built into the interior wall leads to a rooftop platform from which the keepers would take up their vigil. In days gone by, stores of gunpowder and provisions were kept on the ground floor.

Curiosities
This location affords an excellent panorama of Tagomago islet as well as the eastern coast of Ibiza. In the past, when tower guards spotted the approach of a pirate ship, they sounded the alarm by blowing into a conch shell or sending out smoke signals. 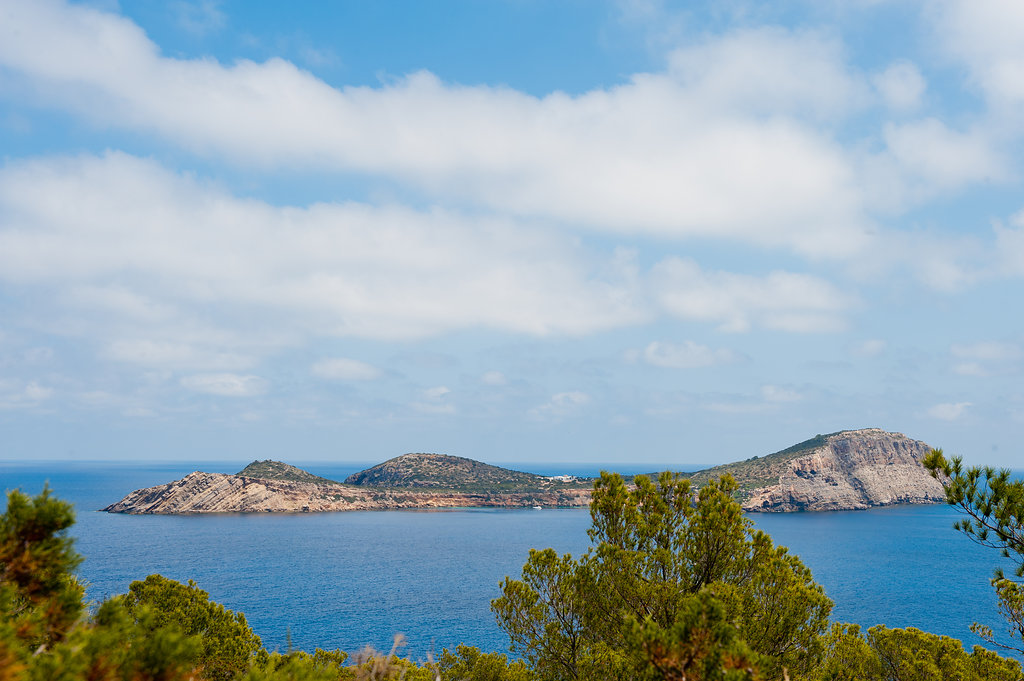