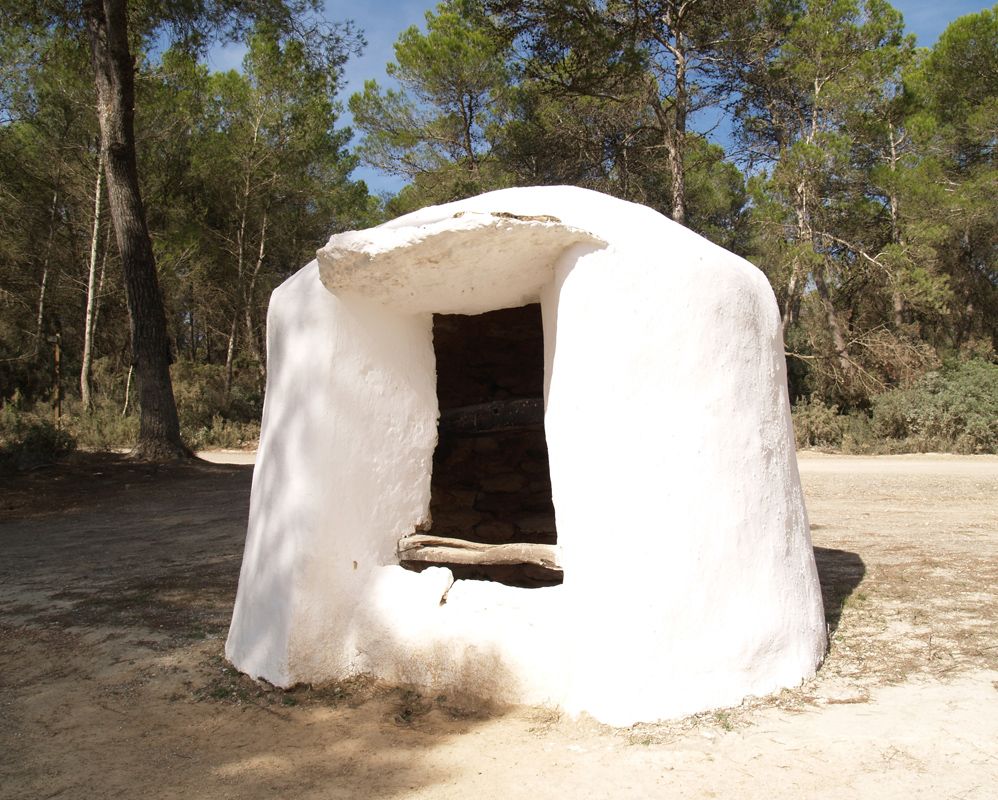 Our next stop marks the geographic centre of the island. Here, just one kilometre outside the Santa Gertrudis town centre, we find Gatzara Well, one of the many wells that dot the Ibicenco countryside and coastline.

The Gatzara well is known to have existed in the 17th century because it is referenced in surviving documents in connexion with the dances that farm folk used to hold here in honour of Saint James, whose feast day is 25th July.

The word gatzara in Catalan means “uproar”, “racket”, “bedlam” – in short, the pandemonium that ensues when a group of people come together to celebrate a happy occasion. The name may also have been acquired because Gatzara Well was an important meeting point for farming families, who lived widely scattered across the countryside. For this reason, a trip to the well entailed much more than just going to fetch water: it meant seeing neighbours, exchanging gossip, catching up with friends, etc. Today, the well’s defining quality is silence, though it is not hard to imagine days gone by when, in addition to water, it supplied social cohesion and moments of joy.

Curiosities
In its earliest days, the door of the well faced the road that runs alongside it. Later, the door was repositioned to face away from the road. Superstition was the driving factor behind this change in that funeral processions used to travel along the same road en route to the cemetery.