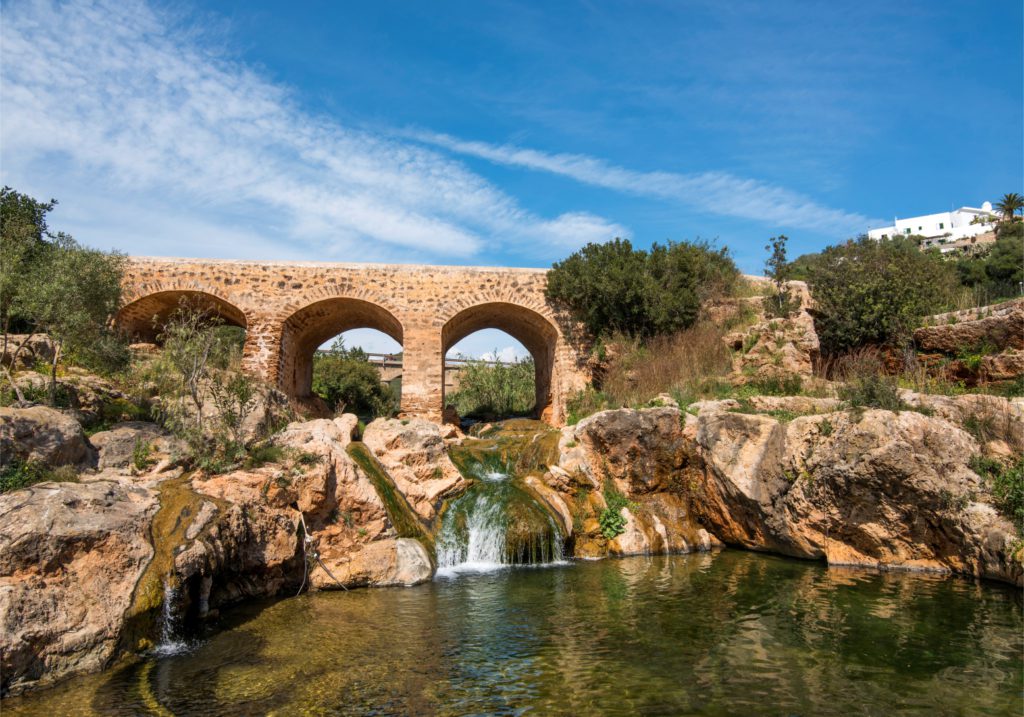 A footpath called the River Route connects Can Planetes with Pont Vell by means of a self-guided walking tour that wends its way past old fields, orchards and the riverside foliage. Along the way, we will also discover a few tall tales that form part of local lore. One of these legends tells how Pont Vell, or the Old Bridge, was built in a single night by the devil in exchange for the mayor’s promise to hand over the soul of the first living creature to cross the bridge. This turned out to be none other than a cat, cleverly released from a bag by the chief magistrate himself.

In actual fact, this stone bridge measures 88 metres and was built in the 18th century, although its fourth archway was added in the 19th century. The inhabitants of Santa Eulària des Riu used the Old Bridge to get to the mills and the town centre until 1927, when the present-day bridge became the main thoroughfare in an attempt to safeguard the riverbed.

Even today, Pont Vell continues to be a magical place and the haunt of one of the most peculiar characters in Ibicenco mythology: the fameliar. This little imp is bald with an oversized head and possesses an inexhaustible supply of strength and energy. These assets can be of great use to any farmer who finds him, provided that the imp doesn’t bring the farmer to ruin through his voracious appetite. To find a fameliar, one must go to Pont Vell on the night of June 23rd (the nit de Sant Joan), and search under its archways for an herb that blooms for only a few hours right before dawn. If this herb is found, it must be quickly picked and put in a black bottle, whence the goblin will emerge whenever summoned by the farmer, demanding feina o menjar, that is, “food or work”.

Curiosities
In 1744, the Spanish Inquisition sent an unfortunate man from Santa Eulària to jail for insisting that he had a fameliar in his possession, as did many other farmers in the area. 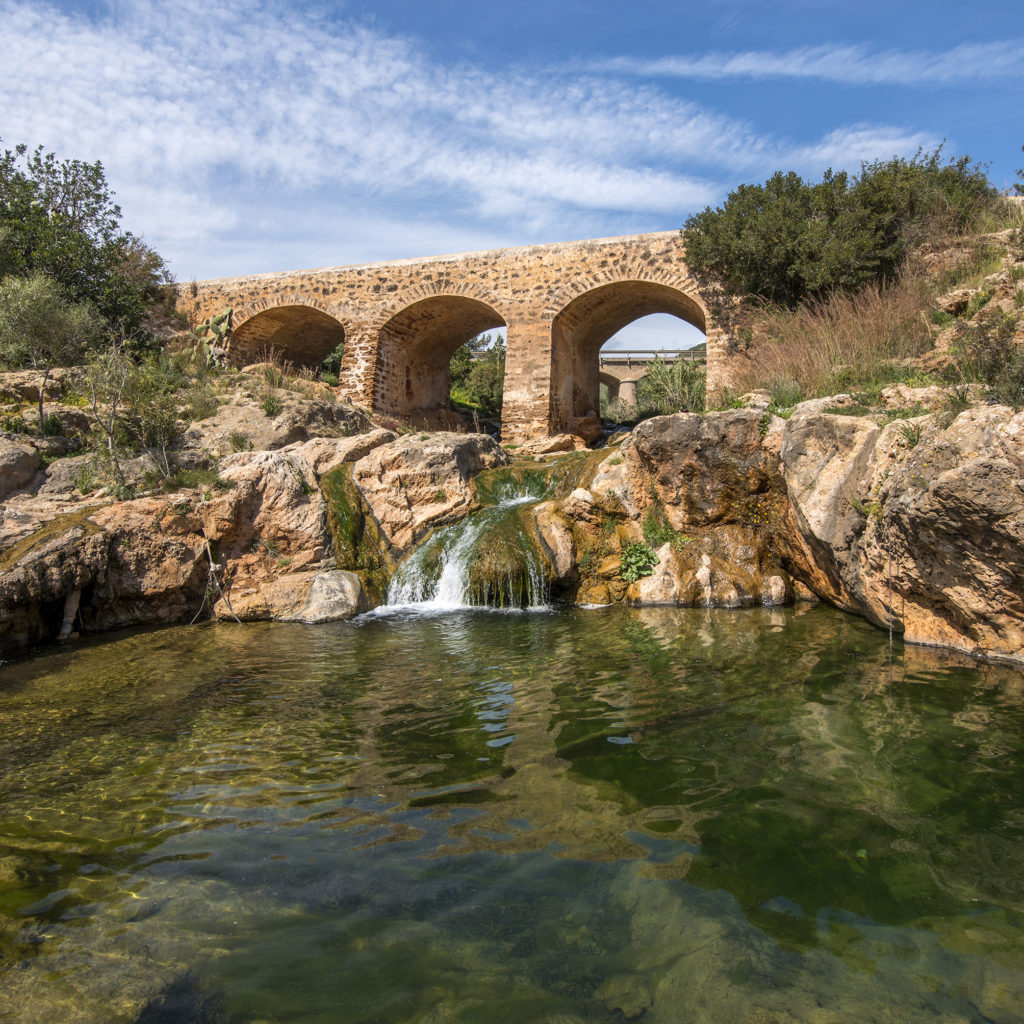