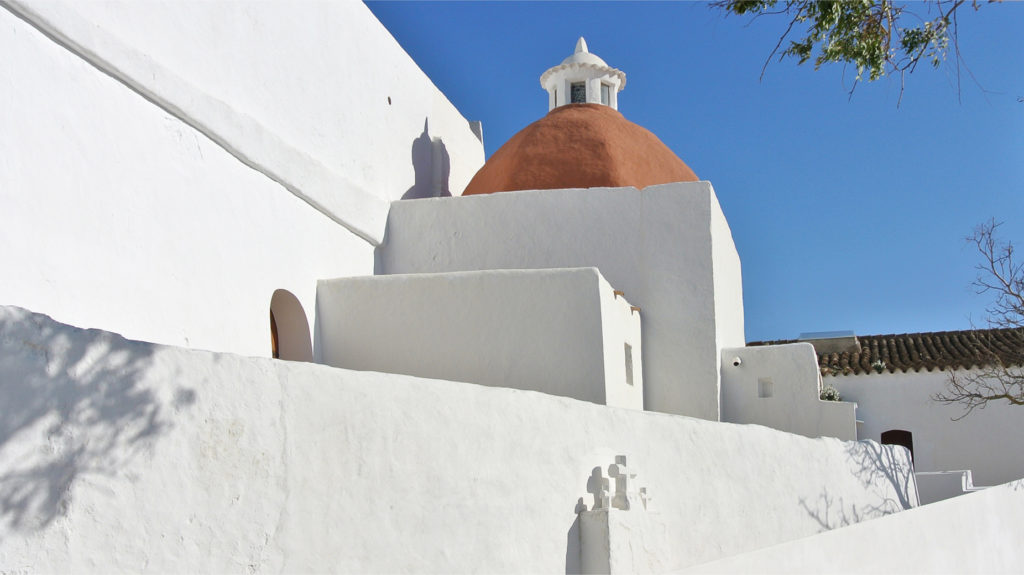 The most iconic symbol of our municipality, the architectural complex on Puig de Missa, marks the start of our cultural itinerary through Santa Eulària des Riu. This enclave is not the headliner of our tour by chance: its church, cemetery and small cluster of homes embody the very origins of our town.

Perched at the top of a hill that rises 52 metres above sea level, it is indeed a high-profile church that has long been a landmark for travellers arriving to town by way of the Eivissa road.  Even in the days of the Barbary pirates, the sight of cannons jutting out from the defence tower warned raiders that it would not be easy to take this town’s flourmills, its farm animals or its harvest stores.

Puig de Missa, one of the outstanding examples of fortified churches in Ibiza and Formentera, was built in the 16th century on the ruins of a church that had collapsed following a pirate attack. The nave inside displays a notable baroque altarpiece from the San Millán church in Segovia, brought to Ibiza by the Marquis of Lozoya in order to replace the former altarpiece, destroyed during the Spanish Civil War (1936).

The view from Puig de Missa affords a spectacular panorama of the coast, the mouth of the river and the surrounding hills, the perfect counterpoint to the architectural beauty of the church’s cubic forms. After visiting the church, we recommend that you wander through the charming streets that wind down the hill, a delightful setting that was officially declared a Picturesque Landscape in 1952.

Visiting hours: Everyday from 10 am to 8 pm.

Mass: Sundays and holidays at 11 am (year round).

Curiosities
The church of Santa Eulària has the largest porch (called a porxet) of any church in Ibiza. Comprised of two rows of arches, it was added in the mid-17th century along with two lateral chapels that were meant to reduce the defensive look of the church, in light of the fact that pirate attacks, while not eradicated, were on the wane. 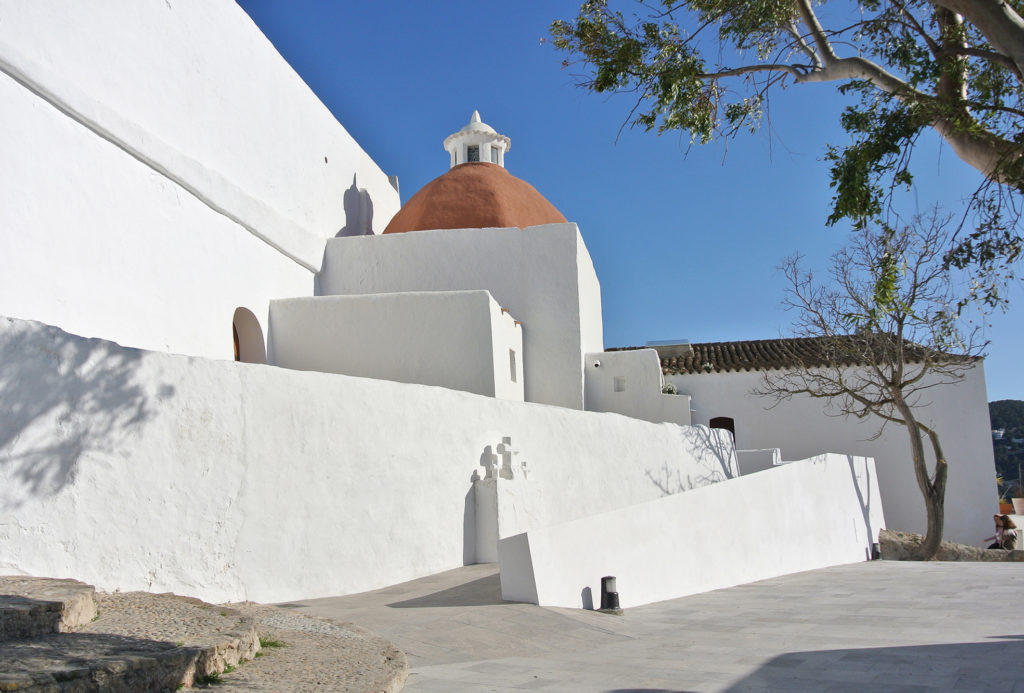