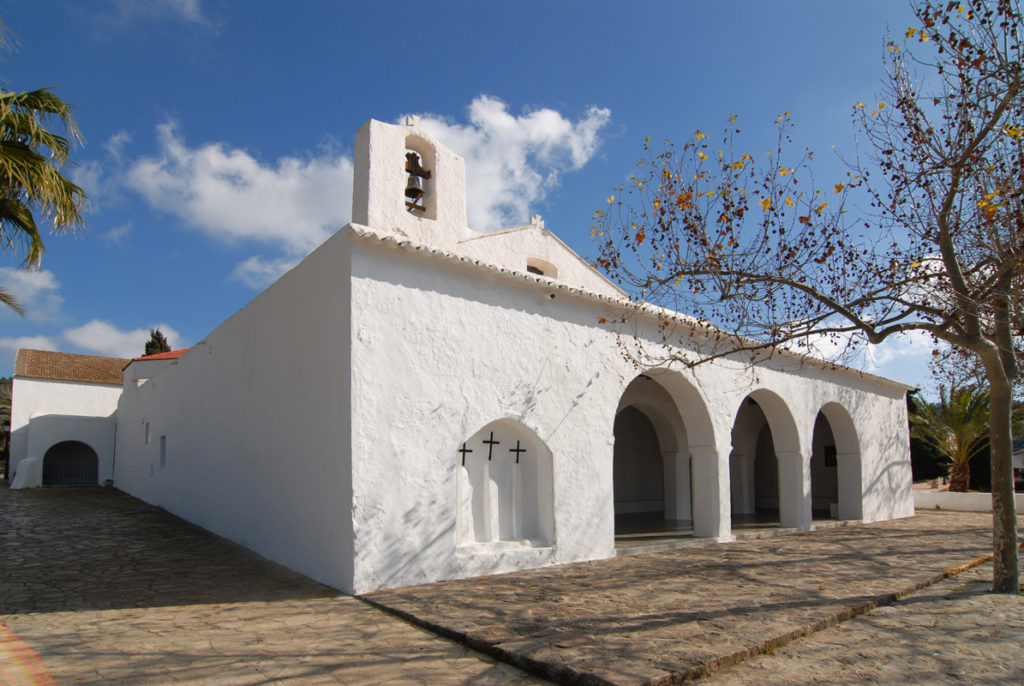 We wrap up our cultural route with the final church left to visit in this municipality: Sant Carles de Peralta. This simple church was built in the late 18th century to provide religious services for the 80 families who worked the land between the Mala Costa sierra and Sant Carles – and in hopes of attracting more settlers to the area.

Dedicated to Saint Charles Borromeo, this church is considered one of the island’s most harmonious in terms of its shapes and silhouette. On the outside, it features a rectangular body covered by a sloping roof, while on the inside, the nave is capped by a barrel vault and lined with seven chapels. Its entranceway is adorned by an elegant arcaded porch, which was added at a later date.  In 1936, many of its original elements were destroyed, including the double-bodied altarpiece from the reredos, the carvings from the chapels, and the canvases and books from the parish archive. One surviving confessional booth from the 19th century can still be admired.

If you would like to continue your cultural visit through Sant Carles, don’t miss the nearby well, known as Pou de Peralta, or the old farm museum, Es Trull de ca n’Andreu, which contains an oil press from the late 18th century. You might also want to take some refreshment at one of the village cafés and see for yourself why the Archduke Luis Salvador heaped praise on the beautiful scenic hills that surround the church.

Curiosities
Both sides of the church door were reinforced by a metallic layer to keep pirates and other enemies from getting inside. Outside, right in front of the main façade, stands a centenarian carob tree that featured in one of the engravings drawn by the Austrian archduke Luis Salvador.