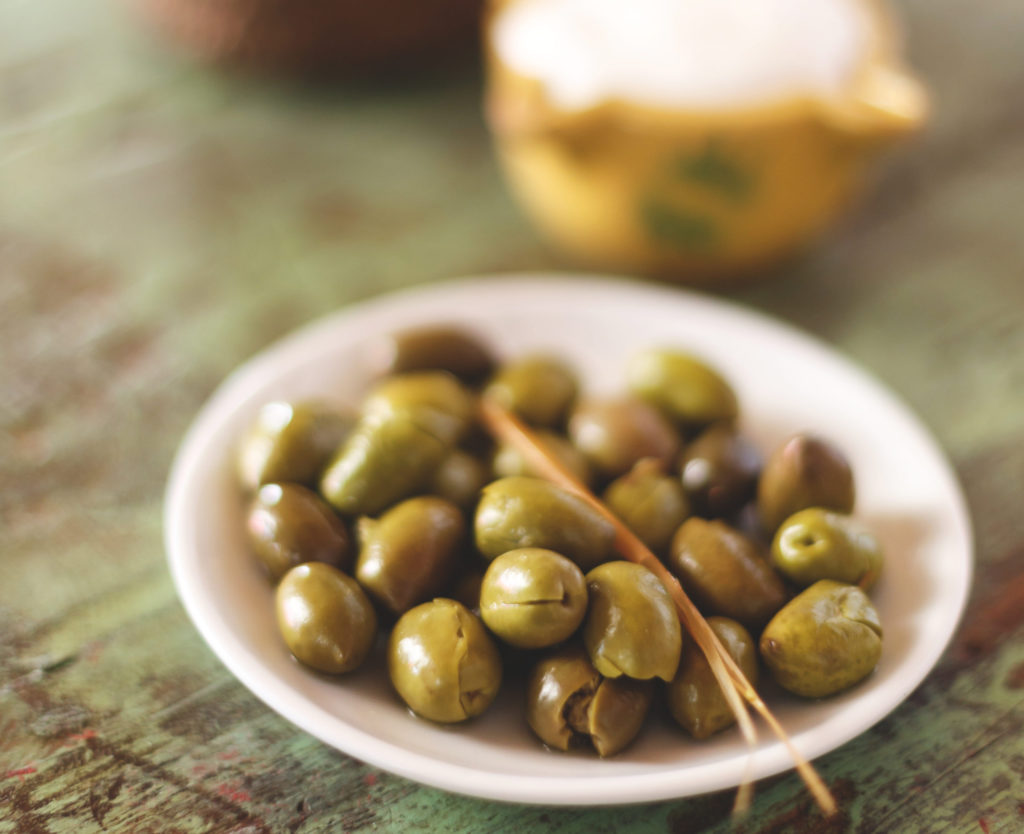 The gastronomy of a place speaks as much about its character as does its architecture, landscape and customs. Through its cuisine, one discovers its history, its culture, even the bounties and shortages of the land, no matter how large or small the region may be – or even if, like Ibiza, it exists in sea-bound isolation. Our island tastes of the Mediterranean. The recipes that have reached our shores came on the currents of trade, brought by Phoenicians, Romans, Moors and Catalans. Ibicenco gastronomy tastes of the countryside and of the sea, offering abundance in both realms – indeed, nowhere more so than in our municipality, whose iron-rich fields grow close to 80% of the island’s agricultural produce. The sofrit pagès, the arròs de matances and the frita de porc are examples of our island’s land-based dishes, made with high-quality local foods, such as lamb, pork, sobrasada sausage, red potato and almonds, all certified with their individual seals of quality.

Ibiza’s coastline is outstanding for its beautiful clear-water coves, but also for the flavour and quality of its fresh-caught fish and seafood, captured from the plentiful stocks that inhabit the waters just offshore. This piscatorial wealth is not just random luck, but the result of the extensive Posidonia meadow which covers the sea floor, providing shelter for numerous marine species and purifying the water with the high levels of oxygen it emits. Ray fish; lobster; John Dory; roja or red scorpionfish; octopus; squid; gerret or pickerel; grouper; monkfish; raor; círvia; espardenyes or sea cucumbers; and prawns practically jump out of the sea onto your plate in delicious specialties such as bullit de peix, guisat de peix, frita de polp, squid a la bruta, pickled gerret and borrida de ratjada.

Many restaurants in our municipality offer these traditional specialties on their menus, along with some of the island’s most emblematic desserts, like flaó (cheesecake) and greixonera (bread pudding). In addition to the dishes contained in this guide, there is a range of seasonal dishes served only at certain times of the year. Of these, a few of the better known include bullit d’ossos, salsa de Nadal (Christmas sauce), arròs amb gerret i pinya de col (rice with pickerel and cauliflower), cuinat (an Easter dish), panellets (All Saints sweets), etc. These and many other dishes will delight your palate as you journey through our island’s culinary past and present. As you do, you will come to realize that Ibiza’s gastronomy is one of its main attractions. 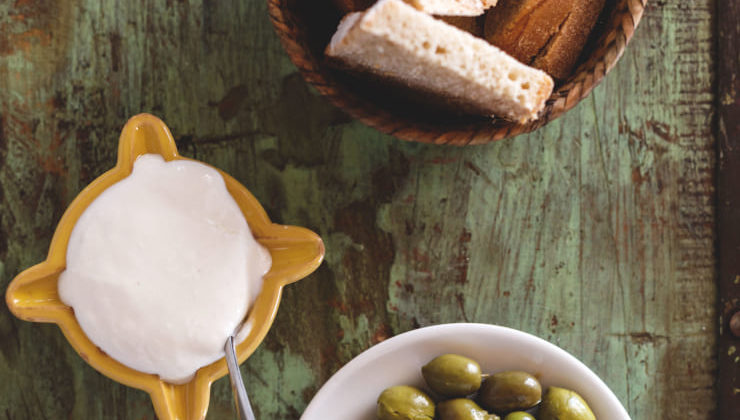 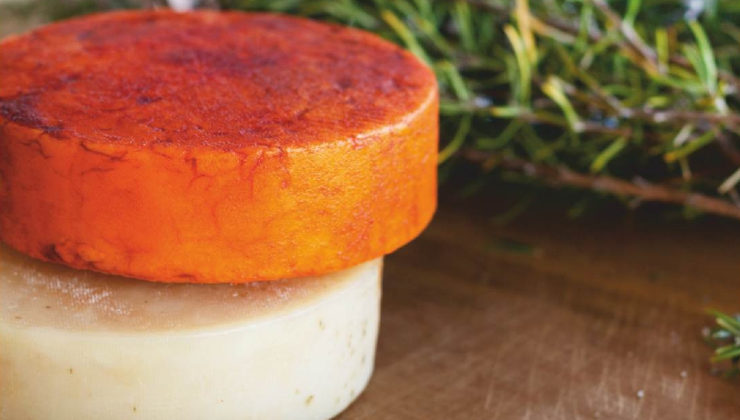 Traditional Ibicenco cheese is made with sheep and goats milk from indigenous breeds. As a food that… 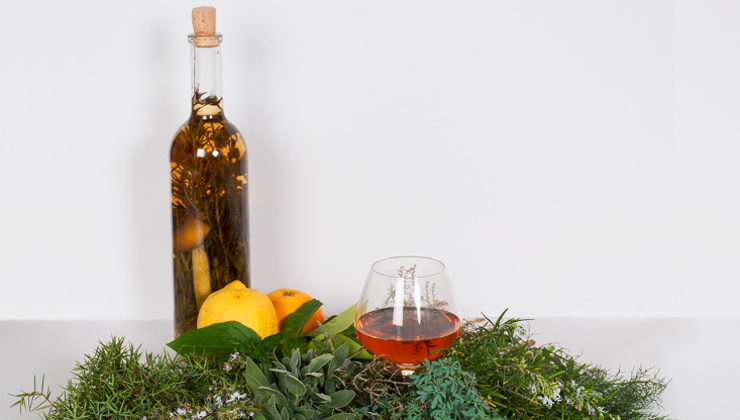 Geographic Indications and Seals of Quality 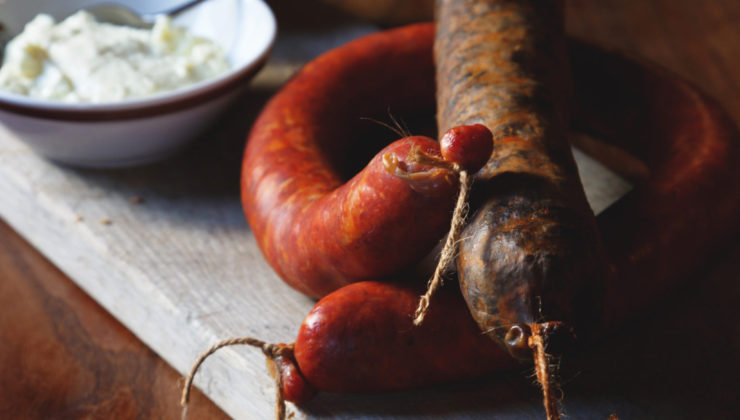 The pig slaughter is a deeply-rooted tradition which has been practiced in Ibiza for centuries. Originally, its… 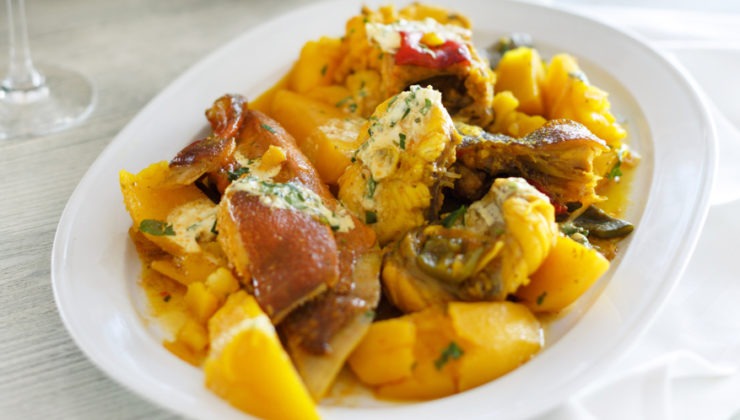 Today, this dish is considered an authentic delicacy. It is made with the finest fish local waters… 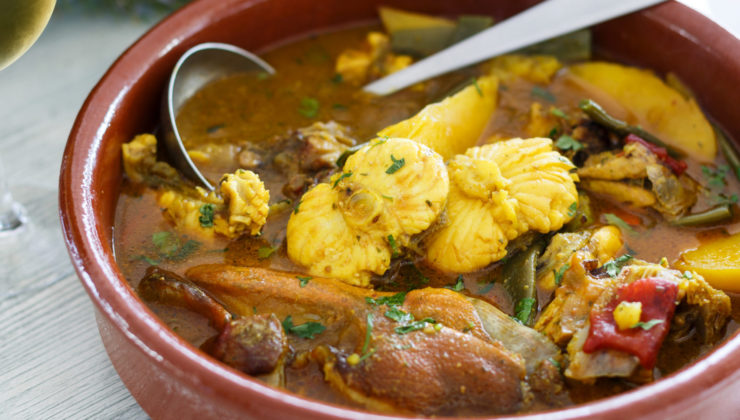 This stew is prepared with several types of rockfish, above all grouper, red scorpionfish, John Dory, white… 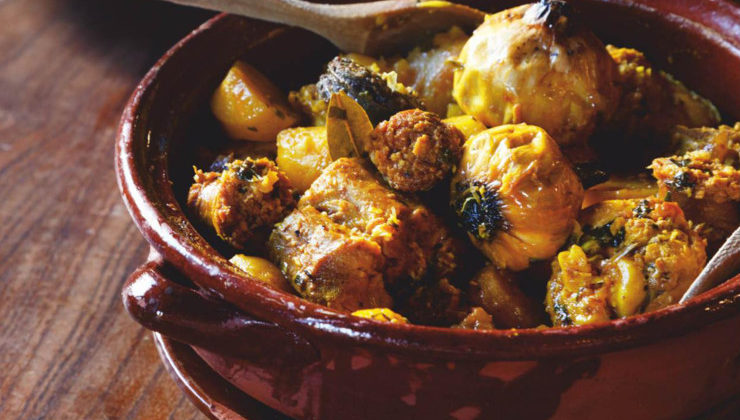 In days gone by, fish was inexpensive. Many Ibicencos fished for themselves and ate what they caught.… 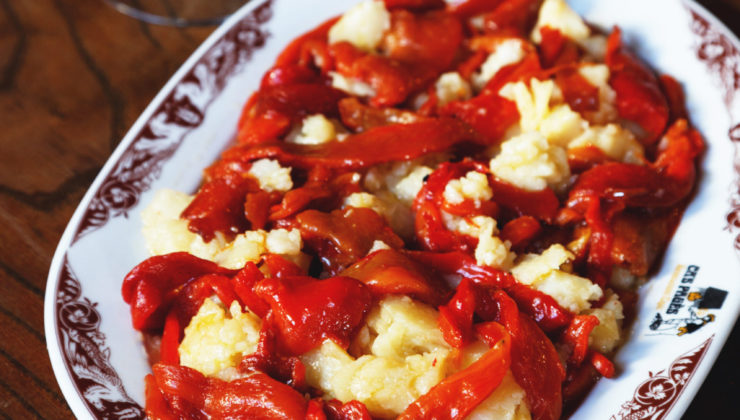 This salad has its origin in a humble recipe of staple foods, consisting of nothing more than… 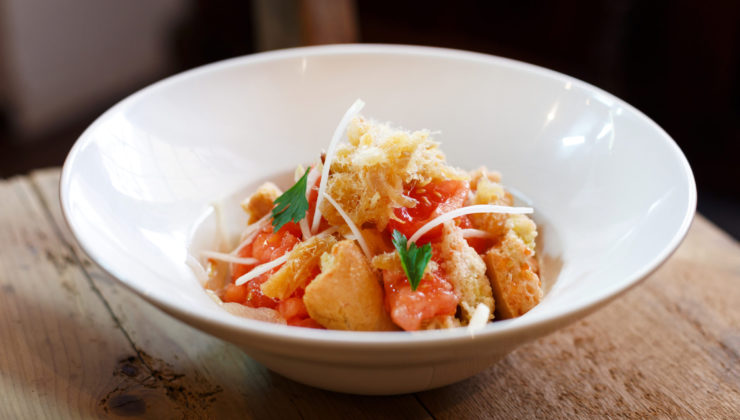 Crostes are chunks of double-baked country bread which keep for a long time. These were formerly stored… 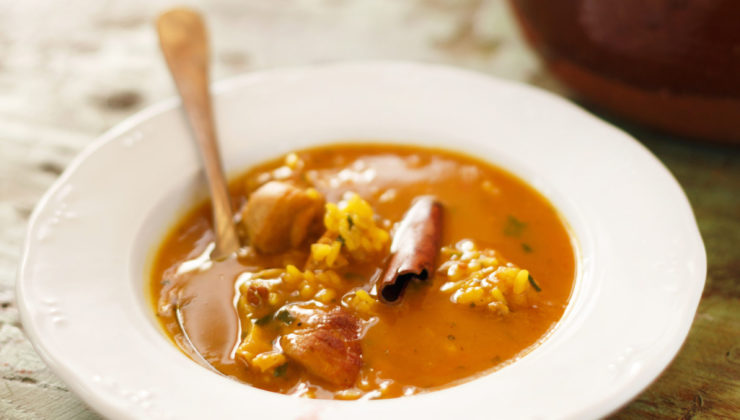 This dish was originally prepared solely on the day of the pig slaughter. It is made by… 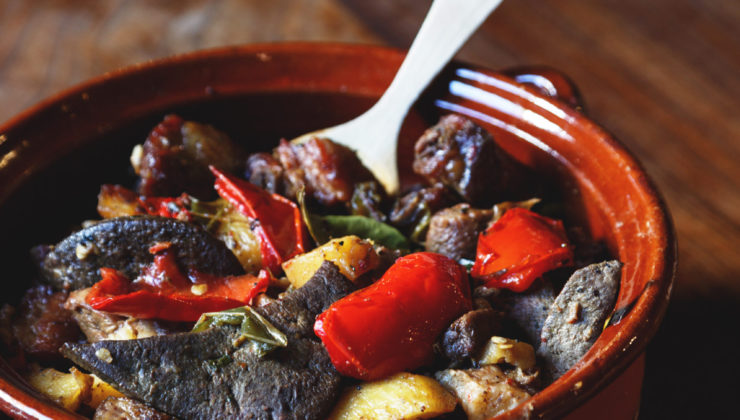 As with arròs de matances, this is a high calorie dish which is traditionally prepared on the… 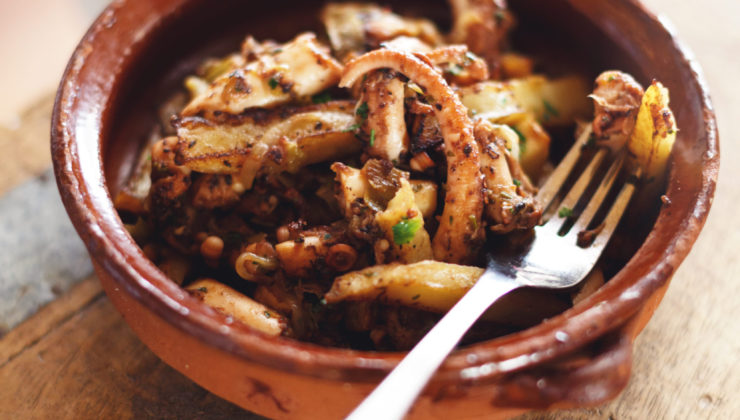 This octopus dish can be found as a tapa at many eateries throughout the municipality. It is… 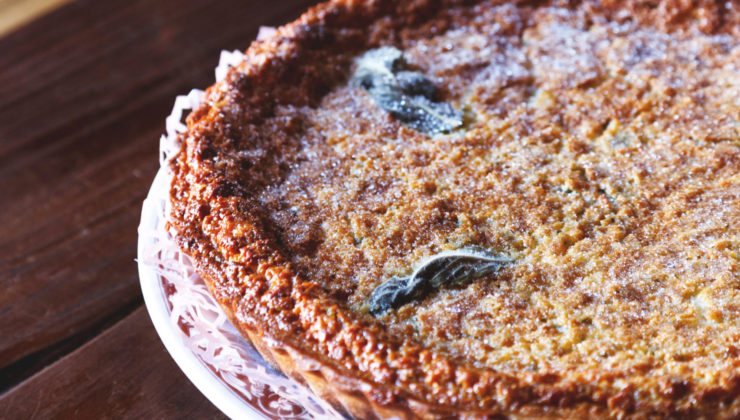 This is one of the best-known desserts in Ibicenco gastronomy, and, although its origins cannot be pinpointed…

This beverage is an old fisherman’s recipe, designed to warm up cold bones before putting out to… 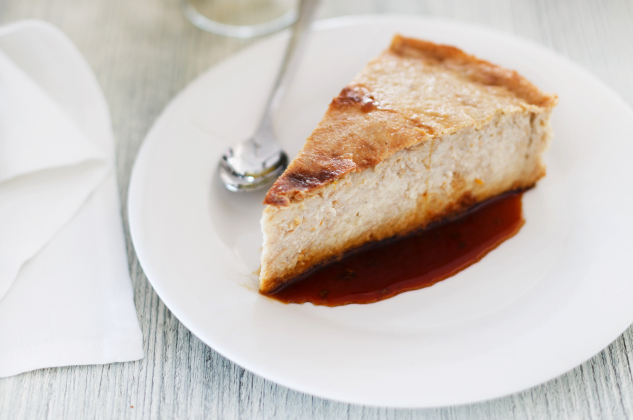 This is a characteristic dessert that was served at family gatherings. It is a type of bread… 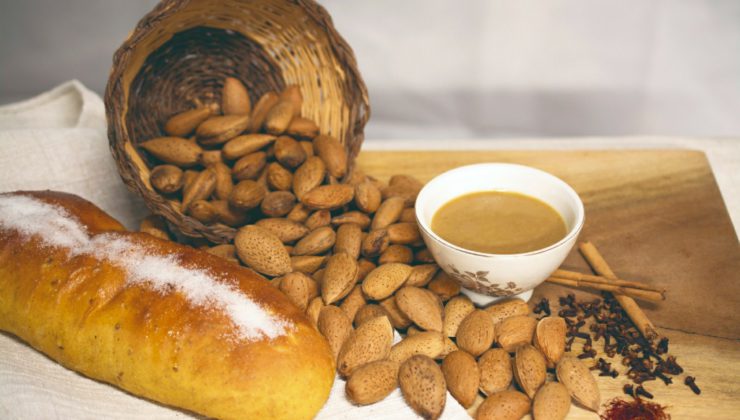