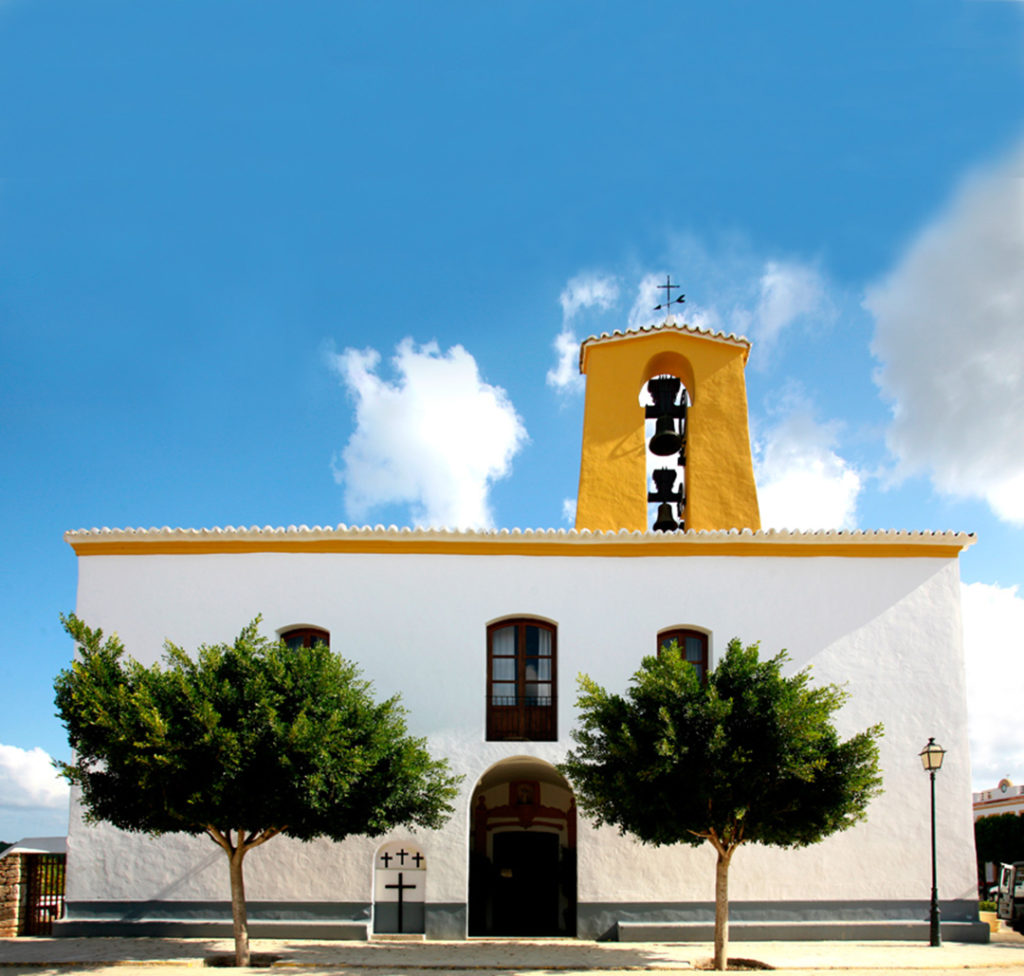 Santa Gertrudis de Fruitera: snapshots of the Ibicenco heartland with a cosmopolitan air

Until the end of the 20th century, the Santa Gertrudis town centre did not consist of much more than the area surrounding the church: a dozen homes and a grocery shop that functioned as a post office and a tobacconist’s. The inhabitants, as in the rest of Ibiza, lived scattered throughout the countryside, farming the land and raising sheep and pigs. This deep agrarian heritage has translated into a number of restaurants specializing in Ibicenco gastronomy as well as local businesses that produce sausages and cheeses from Ibiza.

Artists, artisans and lovers of tranquility
In the 70s, hippies and artists arrived in the village and began gravitating toward the mythical Bar Costa. Here they found a gathering place where they could both hang out and sell their paintings, exhibited on the venue’s walls in anticipation of buyers. Much of this artwork still decorates the bar’s interior, having been “bequeathed” in the settlement of outstanding tabs. Santa Gertrudis, along with Sant Carles de Peralta, ended up becoming one of the favourite haunts for creative travellers, a phenomenon which has generated a tangible ambience and a distinct type of denizen.
Today, the streets are lined with sophisticated restaurants, boutiques, décor shops and cafés, all of which creates an upbeat atmosphere, drawing in lots of people throughout the summer as well as on weekends and holidays during the winter.

What to See in Santa Gertrudis de Fruitera
The heart of the village is its church, completed in the year 1797. Architecturally, its most distinctive feature is the golden-ochre bell-gable, the largest of its type still in existence in Ibiza. Inside, the chancel is graced by an 18th-century wooden altarpiece, while next to the main façade stands a sculpture, signed by the Ibicenco artist Pedro Hormigo, representing Manual Abad y Lasierra, Ibiza’s first bishop.

About a kilometre outside the village, one finds Pou de Gatzara, an old well thought to date back to the 17th century, a judgment based on records from that time which reference a local family by the same name. This spot, held to be the exact geographic centre of the island, can be visited by taking walking route nº8. Other trails that pass through Santa Gertrudis are walking route nº5 and cycling route nº8.