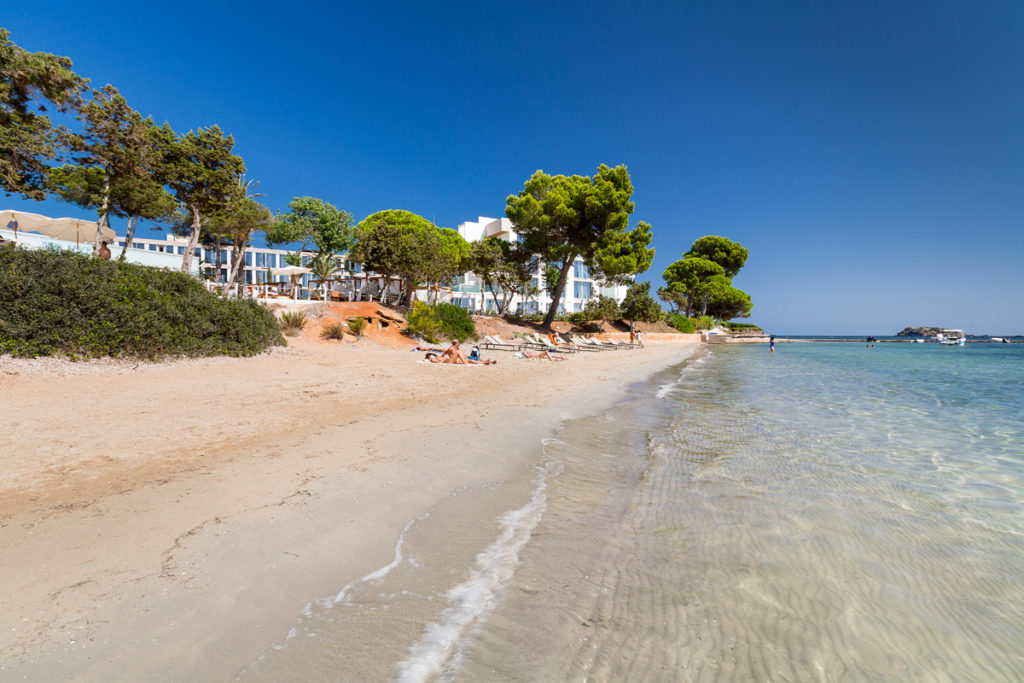 S’Argamassa: waves of fun for the whole family

Our most cherished childhood memories tend to involve beaches and the endless hours of fun we had playing on them. The touristic area of s’Argamassa is the perfect place for youngsters to have their first seaside adventures. Its array of beaches and coves guarantees that you’ll get the most out of your Ibiza holiday. Restaurants, beach bars, shops and a variety of hotels and lodgings make s’Argamassa a smart choice thanks to its wide range of family services.

Fun In and Out of the Water
S’Argamassa beach offers paddle surf, kayaks, paddleboats, snorkeling… The same gamut of diversions is also available at the neighbouring beaches of Cala Pada and Es Niu Blau, both equally child-safe and family-friendly. In addition to water activities, the s’Argamassa area has other options for family outings, such as a zip-line park and bike-touring route nº 4 – a circular trail setting off from Cala Pada – and route nº 5, which skirts along most of the municipality’s beaches and coastline.

What to See in s’Argamassa
This peaceful tourist area is home to the remains of a 425-metre-long Roman aqueduct, built in the 1st century CE as part of a piscatorial factory. Almost certainly, the facility produced salt fish and ‘garum’, a fish sauce that was highly prized by the upper echelons of Roman society. Remains of a maritime-rural settlement have also been uncovered nearby. Both the aqueduct and the Roman imperial villa have been declared Cultural Assets.