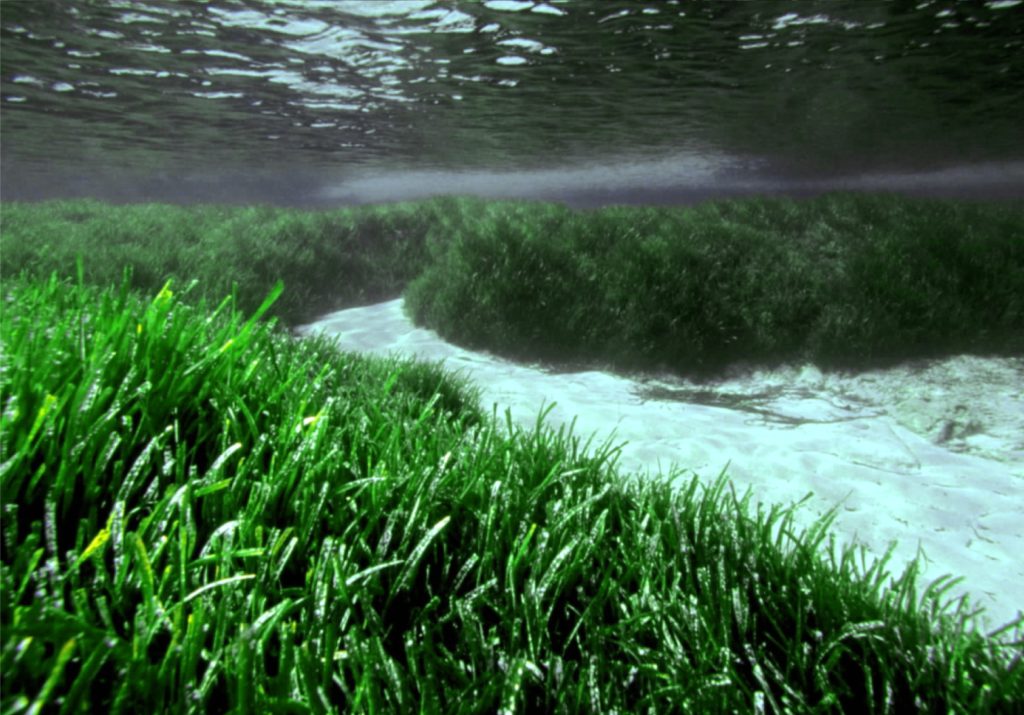 Posidonia oceanica (Neptune grass): Marvel at the most extensive living entity on the planet

One of the world’s most valuable natural treasures can be found between the islands of Ibiza and Formentera: the underwater meadows of Posidonia oceanica. This marine plant grows exclusively in the Mediterranean Sea, where its enormous ecological value is currently at risk due to human impact. Learning about Neptune grass is the first step in protecting it. So, discover this natural treasure and be amazed.

The fact that our waters are transparent with fish darting about between your feet is thanks to one of the great natural legacies endemic to the Mediterranean Sea: its meadows of Posidonia oceanica. This underwater plant – which is not a type of seaweed – extends out across the sandy seafloor between and around Ibiza and Formentera, forming vast meadows which are not individual colonies but rather a single living organism that spans no less than eight kilometres in length and has enjoyed over 100,000 years of continuous existence. These data classify this particular meadow as the most extensive and longevous being on Earth, a veritable wonder of nature that embraces our island. In acknowledgement of its exceptionality, it was declared a World Heritage Site by UNESCO. Safeguarding this treasure is vital for Ibiza and Formentera due to its fundamental role in preserving our marine ecosystems and beaches.

An Irreplaceable Natural Jewel.
The benefits provided by Posidonia oceanica to our environment are numerous:
– It contributes to the oxygenation of our waters.
– It offers shelter and sustenance to many marine species.
– It significantly reduces the erosive force of waves on beaches, preventing the loss of sand.
– Its cast-off remains are washed ashore, contributing to the formation and fixation of sand, and thus fundamental in the creation of dunes.

Be Careful of Posidonia Oceanica
Protecting the Posidonia oceanica meadows in Ibiza and Formentera must become a prioritized goal of each and every individual, including visitors who come to enjoy our seascape. So, whether you are a local resident or a holidaymaker in Ibiza, if you are going to explore the island’s coves and beaches by boat, never drop anchor on Posidonia oceanica. To do so not only constitutes an infraction of the law sanctioned by high fines, but also causes irreparable and gratuitous damage to a natural jewel that is a legacy of the Mediterranean Sea.